Bruce B. Lawrence is Professor of Islamic Studies and Chair of the Department of Religion at Duke University. The Past President of the American Society for the Study of Religion, he is the author of six books, including Defenders of God: The Fundamentalist Revolt Against the Modern Age, which won the 1990 prize for excellence in historical studies from the American Academy of Religion. 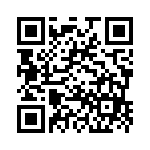