Peter Sloterdijk (b. 1947) is one of the best known and widely read German intellectuals writing today. His 1983 publication of Critique of Cynical Reason (published in English in 1988) became the best-selling German book of philosophy since World War II. He became president of the State Academy of Design at the Center for Art and Media in Karlsruhe in 2001. He has been cohost of a discussion program, Das Philosophische Quartett (Philosophical Quartet) on German television since 2002. 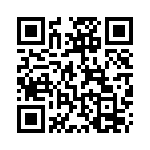