Ńņš. 36 - Extend the sphere and you take in a greater variety of parties and interests; you make it less probable that a majority of the whole will have a common motive to invade the rights of other citizens; or if such a common motive exists, it will be more difficult for all who feel it to discover their own strength and to act in unison with each other.
Āńņšå÷ąåņń’ ā źķčćąõ (654) ń 1802 ļī 2008
Ńņš. 38 - If men were angels, no Government would be necessary. If angels were to govern men, neither external nor internal controls on Government would be necessary. In framing a Government which is to be administered by men over men, the great difficulty lies in this : you must first enable the Government to control the governed ; and in the next place oblige it to control itself.
Āńņšå÷ąåņń’ ā źķčćąõ (727) ń 1798 ļī 2008
Įīėüųå
Ńņš. 81 - As there is a degree of depravity in mankind, which requires a certain degree of circumspection and distrust : so there are other qualities in human nature, which justify a certain portion of esteem and confidence. Republican government presupposes the existence of these qualities in a higher degree than any other form.
Āńņšå÷ąåņń’ ā źķčćąõ (249) ń 1811 ļī 2008
Ńņš. 34 - ... whether societies of men are really capable or not of establishing good government from reflection and choice, or whether they are forever destined to depend, for their political constitutions, on accident and force.
Āńņšå÷ąåņń’ ā źķčćąõ (523) ń 1802 ļī 2008
Ńņš. 23 - ... seems to imagine that he can arrange the different members of a great society, with as much ease as the hand arranges the different pieces upon a chess-board...
Āńņšå÷ąåņń’ ā źķčćąõ (180) ń 1792 ļī 2008
Ńņš. 45 - A zeal for different opinions concerning religion, concerning government, and many other points, as well of speculation as of practice; an attachment to different leaders ambitiously contending for preeminence and power; or to persons of other descriptions whose fortunes have been interesting to the human passions...
Āńņšå÷ąåņń’ ā źķčćąõ (106) ń 1817 ļī 2007
Ńņš. 24 - We are afraid to put men to live and trade each on his own private stock of reason; because we suspect that this stock in each man is small, and that the individuals would do better to avail themselves of the general bank and capital of nations and of ages.
Āńņšå÷ąåņń’ ā źķčćąõ (348) ń 1790 ļī 2008
Ńņš. 19 - By its aid we may hereafter succeed not only in looking far forward into the future history of the human race, but in determining what artificial means may be used, and to what extent, to accelerate the natural progress in so far as it is beneficial; to compensate for whatever may be its inherent inconveniences or disadvantages; and to guard against the dangers or accidents to which our species is exposed from the necessary incidents of its progression.
Āńņšå÷ąåņń’ ā źķčćąõ (50) ń 1843 ļī 2003
Ńņš. 50 - And because it may be too great a temptation to human frailty, apt to grasp at power, for the same persons who have the power of making laws, to have also in their hands the power to execute them...
Āńņšå÷ąåņń’ ā źķčćąõ (175) ń 1764 ļī 2008
Ńņš. 46 - So strong is this propensity of mankind to fall into mutual animosities, that where no substantial occasion presents itself, the most frivolous and fanciful distinctions have been sufficient to kindle their unfriendly passions, and excite their most violent conflicts* But the most common and durable source of factions has been the various and unequal distribution of property.
Āńņšå÷ąåņń’ ā źķčćąõ (366) ń 1802 ļī 2008
Ģåķüųå

Michael W. Spicer is a professor of public administration and urban affairs at the Levin College of Urban Affairs, Cleveland State University. 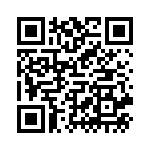