—Úū. 3 - What will happen when a machine takes the part of A in this game?' Will the interrogator decide wrongly as often when the game is played like this as he does when the game is played between a man and a woman? These questions replace our original, 'Can machines think?
¬ŮÚūŚųŗŚÚŮˇ ‚ ÍŪŤ„ŗű (104) Ů 1876 ÔÓ 2008
—Úū. 4 - I believe that in about fifty years' time it will be possible to programme computers, with a storage capacity of about 109, to make them play the imitation game so well that an average interrogator will not have more than 70 per cent, chance of making the right identification after five minutes of questioning. The original question, ' Can machines think ? ' I believe to be too meaningless to deserve discussion.
¬ŮÚūŚųŗŚÚŮˇ ‚ ÍŪŤ„ŗű (83) Ů 1876 ÔÓ 2008
ŃÓŽŁÝŚ
—Úū. 186 - Gaussian random variable with zero mean and a standard deviation of 0.05, and 2. With a probability of 0.5, the number of nodes in the hidden layer was allowed to vary. If a change was indicated, there was an equal likelihood that a node would be added or deleted, subject to the constraints on the maximum and minimum number of nodes (10 and one, respectively). Nodes to be...
¬ŮÚūŚųŗŚÚŮˇ ‚ ÍŪŤ„ŗű (11) Ů 1989 ÔÓ 2006
—Úū. 39 - In such systems, the whole is more than the sum of the parts, not in an ultimate, metaphysical sense, but in the important pragmatic sense that, given the properties of the parts and the laws of their interaction, it is not a trivial matter to infer the properties of the whole.
¬ŮÚūŚųŗŚÚŮˇ ‚ ÍŪŤ„ŗű (83) Ů 1946 ÔÓ 2008
—Úū. 254 - The Basic Credit-assignment Problem for Complex Reinforcement Learning Systems In playing a complex game such as chess or checkers, or in writing a computer program, one has a definite success criterion ó the game is won or lost. But in the course of play, each ultimate success (or failure) is associated with a vast number of internal decisions. If the run is successful, how can we assign credit for the success among the multitude of decisions? As Newell noted, It is extremely doubtful whether...
¬ŮÚūŚųŗŚÚŮˇ ‚ ÍŪŤ„ŗű (8) Ů 1963 ÔÓ 2006
—Úū. 223 - Class A, Class B, Class C, Class D, Class E, Class F, and Class G, respectively.
¬ŮÚūŚųŗŚÚŮˇ ‚ ÍŪŤ„ŗű (92) Ů 1803 ÔÓ 2006
—Úū. 254 - For learning to take place, each play of the game must yield much more information. This is . . . achieved by breaking the problem into components. The unit of success is the goal. If a goal is achieved, its subgoals are reinforced; if not they are inhibited. (Actually, what is reinforced is the transformation rule that provided the subgoal.) . . . This...
¬ŮÚūŚųŗŚÚŮˇ ‚ ÍŪŤ„ŗű (14) Ů 1955 ÔÓ 2006
—Úū. 21 - Fogel et al., 1966, p. 2), intelligence may be defined as the capability of a system to adapt its behavior to meet its goals in a range of environments.
¬ŮÚūŚųŗŚÚŮˇ ‚ ÍŪŤ„ŗű (15) Ů 1995 ÔÓ 2007
—Úū. 250 - Now might I do it, pat, now he is praying; And now I'll do't; ó and so he goes to heaven: And so am I reveng'd ? That would be scann'd : A villain kills my father; and, for that, I, his sole son, do this same villain send To heaven.
¬ŮÚūŚųŗŚÚŮˇ ‚ ÍŪŤ„ŗű (287) Ů 1709 ÔÓ 2008
—Úū. 7 - I've been able to find. It is very interesting to me to note that the computer had to make several star moves in order to get the win, and that I had several opportunities to draw otherwise. That is why I kept the game going. The machine, therefore, played a perfect ending without one misstep. In the matter of the end game, I have not had such competition from any human being since 1954, when I lost my last game.
¬ŮÚūŚųŗŚÚŮˇ ‚ ÍŪŤ„ŗű (44) Ů 1956 ÔÓ 2006
ŐŚŪŁÝŚ

David B. Fogel is chief executive officer of Natural Selection, Inc. in La Jolla, CAóa small business focused on solving difficult problems in industry, medicine, and defense using evolutionary computation, neural networks, fuzzy systems, and other methods of computational intelligence. Dr. Fogelís experience in evolutionary computation spans 20 years and includes applications in pharmaceutical design, computer-assisted mammography, data mining, factory scheduling, financial forecasting, traffic flow optimization, agent-based adaptive combat systems, and many other areas. Prior to cofounding Natural Selection, Inc. in 1993, Dr. Fogel was a systems analyst at Titan Systems, Inc. (1984Ė1988), and a senior principal engineer at ORINCON Corporation (1988Ė1993).
Dr. Fogel received his Ph.D. degree in engineering sciences (systems science) from the University of California at San Diego (UCSD) in 1992. He earned an M.S. degree in engineering sciences (systems science) from UCSD in 1990, and a B.S. in mathematical sciences (probability and statistics) from the University of California at Santa Barbara in 1985. He has taught university courses at the graduate and undergraduate level in stochastic processes, probability and statistics, and evolutionary computation. Dr. Fogel is a prolific author in evolutionary computation, having published over 50 journal papers, as well as 100 conference publications, 20 contributions in book chapters, two videos, four computer games, and six booksómost recently, Blondie24: Playing at the Edge of AI (Morgan Kaufmann, 2002). In addition, Dr. Fogel is coeditor in chief of the Handbook of Evolutionary Computation (Oxford, 1997) and was the founding editor-in-chief of the IEEE Transactions on Evolutionary Computation (1996Ė2002). He serves as editor-in-chief for the journal BioSystems and is a member of the editorial board of several other international technical journals.
Dr. Fogel served as a Visiting Fellow of the Australian Defence Force Academy in November 1997, and is a member of many professional societies including the American Association for the Advancement of Science, the American Association for Artificial Intelligence, Sigma Xi, and the New York Academy of Sciences. He was the founding president of the Evolutionary Programming Society in 1991 and is a Fellow of the IEEE, as well as an associate member of the Center for the Study of Evolution and the Origin of Life (CSEOL) at the University of California at Los Angeles. Dr. Fogel is a frequently invited lecturer at international conferences and a guest for television and radio broadcasts. His honors and awards include the 2001 Sigma Xi Southwest Region Young Investigator Award, the 2003 Sigma Xi San Diego Section Distinguished Scientist Award, the 2003 SPIE Computational Intelligence Pioneer Award, and the 2004 IEEE Kiyo Tomiyasu Technical Field Award. 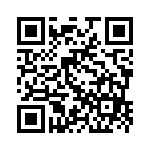