Italo Svevo is the pseudonym of Ettore Schmitz (1861--1928), a Trieste businessman who won literary recognition late in life as the model for Leopold Bloom in James Joyce's Ulysses.

William Weaver has translated the works of Umberto Eco, Primo Levi, Italo Calvino, and Roberto Calasso, among others. He is a professor at Bard College. His translation of Calvino's If on a Winter's Night a Traveler is available from Everyman's Library. 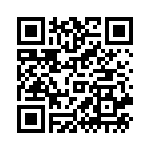