Suzanne Bost is an associate professor of English at Loyola University Chicago. She is also the author of Encarnacion: Illness and Body Politics in Chicana Feminist Literature. 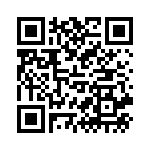