TAMARA BARNEA is Director of the JDC-Middle East Program, a program that aims at promoting professional cooperation between Israel and its Arab neighbors through humanitarian activities in health and rehabilitation.

RAFIQ HUSSEINI is Director of Operations of the Welfare Association, a Palestinian development NGO. 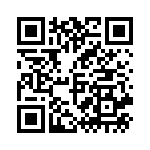