Ravi Zacharias was born on March 26, 1946 in India. He is a Christian apologist and author of several Christian books. He won the Gold Medallion Book Award for his title Can Man Live Without God? His works include: A Shattered Visage: The Real Face of Atheism, Deliver Us from Evil, Cries of the Heart, The Broken Promise, Recapture the Wonder, Has Christianity Failed You? and The Prince and the Prophet: Jesus Talks with Mohammed. He is the founder and chairman of the board of Ravi Zacharias International Ministries, host of the radio programs Let My People Think and Just Thinking, and has been a visiting scholar at Ridley Hall, where he studied moralist philosophers and literature of the Romantic era.

Norman Geisler was born on July 21, 1932, in Warren, Mich. He is the author of Christian texts that promote the Bible and morality and serve to provide sound advice and reasoning for the Christian faith. A fervent believer in the inerrancy of the Bible, his books When Skeptics Ask and When Critics Ask provide answers to those who question discrepancies in the Bible or challenge its authority. In Legislating Morality, he discusses why laws should be passed and enforced to create a moral, Christian society. Geisler is a frequent speaker and debater, providing learned answers about religion and society. He was educated at Wheaton College, the Detroit Bible College, and Loyola University. He is currently the Dean of the Southern Evangelical Seminary in Charlotte, North Carolina. 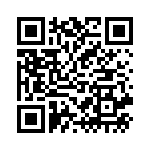