—Úū. 22
Observations of sexual behavior in fourteen species of mammals , and clinical material supplied by a long list of medical consultants , have been the chief sources of the observed data ( Chapter 3 ) . Over the course of the past fifteen ...
—Úū. 135
It has been less often observed among the females of the infra - human species but it is recorded for the female rat , chinchilla , rabbit , porcupine , squirrel , ferret , horse , cow , elephant , dog , baboon , monkey , and chimpanzee ...
—Úū. 195
We have observed erection in male dogs while they slept . From one of our subjects we have a clear - cut record of sex dreams in a female boxer 13 such dreams in an animal that cannot report its NOCTURNAL SEX DREAMS 195. 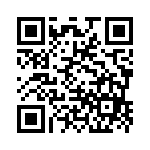