Gordon Graham is Regius Professor of Moral Philosophy at the University of Aberdeen and Director of the Aberdeen Centre for Philosophy, Technology and Science. He is also the author of Philosophy of the Arts (Routledge 1997) and The Shape of the Past (Oxford University Press 1997) 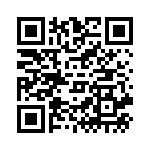