—Úū. 129
ď Diametrically opposite " would mean a contrast ; two positive poles with a neutral midpoint ; or a positive mean , as in Aristotle's mean between an excess , prodigality , and a defect , parsimony.1 " Antithetical " then would ...
—Úū. 130
So and non - so or not - so constitute the total positive and negative ranges ; here is basic dichotomy , binarism ... here , It is not so means Rather , it is this , the contrast being set up between the two positives this and so .
—Úū. 135
Most probably they would seem to be the pulls of contrast , or diversity , or of two different positive forces , between mercy and justice , between tennis and golf , between rhyme and reason , between stability and change . 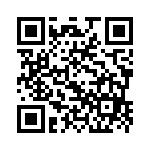