James Maxwell was a British physicist who developed a standard theoretical model for the modern understanding of electricity and magnetism. He showed that these two phenomena are two aspects of the same field and as a result he unified and systematized a vast field of research. Maxwell took many diverse observations and qualitative concepts developed by Michael Faraday and others, formulating them into a unified theory between 1864 and 1873. On the basis of this theory, Maxwell predicted that electromagnetic waves should exist and travel with the speed of light, and he identified light as a form of electromagnetic radiation. Both of these predictions were experimentally confirmed. Maxwell's other great contribution to physics was formulating a mathematical basis for the kinetic theory of gases. Using a statistical approach, he related the velocity of the molecules in a gas to its temperature, showing that heat results from the motion of molecules. Maxwell's result had been conjectured for some time, but it had never been supported experimentally. Maxwell then expanded his research to study viscosity, diffusion, and other properties of gases. Maxwell also provided the first satisfactory explanation of Saturn's rings. He established on theoretical grounds that the rings are not solid but rather composed of many small, fragmented objects that orbit Saturn.

P. M. HARMAN is Professor of the History of Science at Lancaster University. 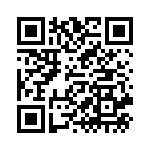