Melissa Stewart is the award-winning author of more than 100 nonfiction books for children. Her lifelong fascination with the natural world led her to earn a B.S. in biology and M.A. in science journalism. When Melissa isn't writing or speaking to children or educators, she's usually exploring the fields, forests, and wetlands near her home in Massachusetts. 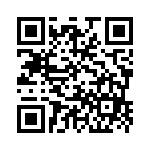