Ð‗­. 79
Despite these features , the hunting hypothesis has been attacked on various
grounds . It turns out , for example , that the majority of calories even in hunter -
gatherer societies are obtained through gathering . In these societies hunting ...
Ð‗­. 110
Among various South Asian languages , for example , the term ô big man ö is
found in Sanskrit , Hindi , and several Dravidian languages . In Hindi , for
example , bara asami means ô great man , person of high position or rank ö (
Platts , 1960 ...
Ð‗­. 401
... current environment , however , the population is substantially larger , and the
images individuals are exposed to through various forms of media ( especially
television and print media ) may present an unprecedented comparison standard
. 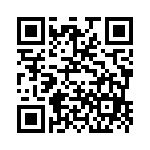