Merton M. Sealts, Jr., is Henry A. Pochmann Professor of English, Emeritus, at the University of Wisconsin-Madison. He is the recipient of numerous awards, including the Distinguished Achievement Award from the Ralph Waldo Emerson Society for 1995. He is author or editor of many books on Melville and Emerson, most recently Pursuing Melville, 1940-1980 and Emerson on the Scholar. 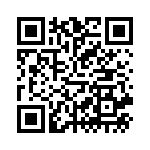