Philip Stokes received a B.A. in Philosophy from the University of Reading, where he is now on the faculty. He also received an M.A. from Bristol University. 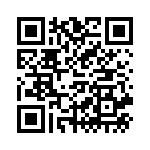