Ńňđ. 166 - From the wilderness and this Lebanon even unto the great river, the river Euphrates, all the land of the Hittites, and unto the great sea toward the going down of the sun, shall be your coast.
Âńňđĺ÷ŕĺňń˙ â ęíčăŕő (348) ń 1730 ďî 2008
Ńňđ. 16 - Arma antiqua, manus, ungues, dentesque fuerunt, Et lapides, et item sylvarum fragmina rami, Et ílammae, atque ignes, postquam suntcognitaprimum: Posterius ferri vis est aerisque reperta : Et prior aeris erat quam ferri cognitus usus ; Quo facilis magis est natura, et copia major.
Âńňđĺ÷ŕĺňń˙ â ęíčăŕő (45) ń 1813 ďî 2007
Áîëüřĺ
Ńňđ. 50 - Surely there is a vein for the silver, And a place for gold where they fine it. Iron is taken out of the earth, And brass is molten out of the stone.
Âńňđĺ÷ŕĺňń˙ â ęíčăŕő (476) ń 1712 ďî 2007
Ńňđ. 178 - And there went out after him Joab's men, and the Cherethites, and the Pelethites, and all the mighty men: and they went out of Jerusalem, to pursue after Sheba the son of Bichri. 8 When they were at the great stone which is in Gibeon, Amasa went before them. And Joab's garment that he had put on was girded unto him, and upon it a girdle with a sword fastened upon his loins in the sheath thereof; and as he went forth it fell out.
Âńňđĺ÷ŕĺňń˙ â ęíčăŕő (140) ń 1802 ďî 2006
Ńňđ. 16 - ... cum prorepserunt primis animalia terris, mutum et turpe pecus, glandem atque cubilia propter unguibus et pugnis, dein fustibus atque ita porro pugnabant armis, quae post fabricaverat usus, donec verba, quibus voces sensusque notarent, nominaque invenere; dehinc absistere bello, oppida coeperunt munire et ponere leges, ne quis fur esset neu latro neu quis adulter.
Âńňđĺ÷ŕĺňń˙ â ęíčăŕő (326) ń 1792 ďî 2007
Ńňđ. 50 - ... a land of brooks of water, of fountains and depths that spring out of valleys and hills; a land of wheat, and barley, and vines, and...
Âńňđĺ÷ŕĺňń˙ â ęíčăŕő (781) ń 1805 ďî 2008
Ńňđ. 109 - One day he handed to his neighbours the following verses of his own composing to be spread about : — " Ding dong ! The hammer-strokes fall long and fast, Until the Iron turns to Steel at last ! Now shall the long long Day of Rest begin, The Land of Bliss Eternal calls me in." Thereupon he died. But his verses spread all over Honan, and many learned to call upon Buddha
Âńňđĺ÷ŕĺňń˙ â ęíčăŕő (18) ń 1871 ďî 2006
Ńňđ. xviii - Museum under the authority of the Secretary of State for India in Council. From Photographs, Plans, and Drawings taken by Order of the Government of India. By HENRY HARDY COLE, LIEUT. RE, Superintendent Archaeological Survey of India, North-West Provinces.
Âńňđĺ÷ŕĺňń˙ â ęíčăŕő (125) ń 1871 ďî 2006
Ńňđ. 17 - Like the three principal colours of the rainbow, these three stages of civilization overlap, intermingle, and shade off the one into the other; and yet their succession, so far as Western Europe is concerned, appears to be equally well defined with that of the prismatic colours, though the proportions of the spectrum may vary in different countries.
Âńňđĺ÷ŕĺňń˙ â ęíčăŕő (14) ń 1872 ďî 1987
Ńňđ. 179 - I and my kingdom are guiltless before the LORD for ever from the blood of Abner the son of Ner : 29 Let it rest on the head of Joab, and on all his father's house; and let there not fail from the house of Joab one that hath an issue, or that is a leper, or that leaneth on a staff, or that falleth on the sword, or that lacketh bread.
Âńňđĺ÷ŕĺňń˙ â ęíčăŕő (99) ń 1810 ďî 2008
Ěĺíüřĺ

Richard Francis Burton 1821-1890 Sir Richard Burton, the explorer, adventurer, translator, and student of Eastern sexual customs, was born in Torquay, England. He received an irregular education, which included an expulsion from Oxford University. In 1842 Burton enlisted in army of the East India Company and went to India, where he learned the Persian, Hindustani, Afghan, and Arabic languages. Burton was the first European to reach Harar, the religious capital of Somaliland. He was the discoverer of Lake Tanganyika and explored in the Congo, the Cameroons, Dahomey, and Brazil. He was a pioneer ethnologist and anthropologist. Burton was a linguist of dazzling ability, speaking 29 languages and 11 dialects. He wrote 43 books on his travels and two volumes of poetry. In addition to translating The Arabian Nights, he translated six volumes of Portuguese literature, two volumes of Latin poetry, and four volumes of Neapolitan, African, and Hindu folklore. Burton, together with Forster Fitzgerald Arbuthnot, created The Kama Shastra Society to print and circulate books that would be illegal to publish in public. This society fulfilled his ability to write about his deep interest in sexuality. Best known in this vein is his translation of The Kama Sutra, printed by the society in 1883. He was working on an English translation from the French edition of the arabic erotic guide called The Perfumed Garden. His manuscript entitled The Scented Garden was burned after his death by his wife, Isabel Arundel. It is rumored that Burton wanted this book to be published after his death to provide an income for Isabel, but she destroyed it in an effort to preserve his reputation. Burton died of a heart attack on October 20, 1890. Both Burton and his wife are buried in a tomb that is shaped like a Bedouin tent, designed by Isabel. The tomb is in St. Mary Magdalen's Roman Catholic Church Mortlake, southwestern London. 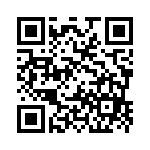