About the Author:
Allan Kellehear was born and educated in Sydney, Australia, where he received a Ph.D. in Sociology from the University of New South Wales. Currently Senior Lecturer in Sociology at La Trobe University in Melbourne, Australia, he is the author of numerous books, including Dying of Cancer: The Final
Year of Life. 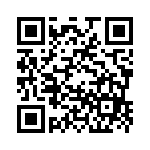