Midhat Gazalé is an international telecommunications and space consultant and Visiting Professor of Telecommunications and Computer Management at the University of Paris IX. He has served as President of AT&T-France, as Chairman of the Board for Sperry-France and for International Computers-France, and as an executive and research scientist for other major companies. He was made Chevalier dans l'Ordre National du Mérite in 1981. 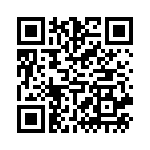