The Darwin Conspiracy is a bloated, overwritten novel that was at times painful to read. The novel constantly flashes back from modern times, following Hugh and Beth, two grad students who follow the ... ◊ŤÚŗÚŁ ‚ŚŮŁ ÓÚÁŻ‚

The only reason that this didn't get one star is that it is a gripping read. As historical fiction, it's terrible, downright libelous if Charles Darwin wasn't dead. I thought of creating a tag for ... ◊ŤÚŗÚŁ ‚ŚŮŁ ÓÚÁŻ‚

John Darnton has worked for thirty-nine years as a reporter, editor, and foreign correspondent for The New York Times. He was awarded two George Polk Awards for his coverage of Africa and Eastern Europe, and the Pulitzer Prize for his stories smuggled out of Poland during the period of martial law. He lives in New York. His first novel, the best seller Neanderthal, was praised by the San Francisco Chronicle for being ďas informative as it is entertaining.Ē 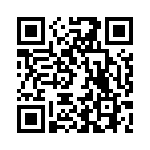