Стр. 135
It has been less often observed among the females of the infra - human species
but it is recorded for the female rat , chinchilla , rabbit , porcupine , squirrel , ferret
, horse , cow , elephant , dog , baboon , monkey , and chimpanzee . The data on
...
Стр. 411
3 Males among these other mammals , just as in the human species , are the
ones who are most often and most violently disturbed at any sexual infidelity on
the part of their mates . While cultural traditions may account for some of the
human ...
Стр. 450
It is generally believed that females of the infra - human species of mammals are
sexually responsive only during the so - called periods of heat , or what is
technically referred to as the estrus period . This , however , is not strictly so . The
chief ... 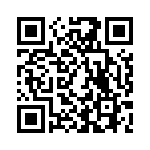