Still flipping through. Like most Cambridge companions, relatively solid. This one (so far) has not been spectacular. I hoped for more juice from Tony McKenna's essay on Pascal's historical reception ... ×čňŕňü âĺńü îňçűâ

Nicholas Hammond is Reader in the Department of French at the University of Cambridge. His books include Playing with Truth: Language and the Human Condition in Pascal's Pensées (1994), Creative Tensions: An Introduction to Seventeenth-Century French Literature (1997), Fragmentary Voices: Memory and Education at Port-Royal (2004) and Gossip, Sexuality and Scandal in France, 1610-1715 (2011). He is also co-editor of The Cambridge History of French Literature (Cambridge, 2011). 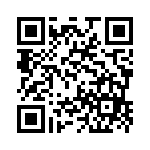