A well written account of the Dover, PA school Board's attempt to force Intelligent Design to be taught in the schools. The court case is covered in detail and the writing style is fluid and ... ◊ŤÚŗÚŁ ‚ŚŮŁ ÓÚÁŻ‚

The battle over the meaning of everything: evolution, intelligent design, and a school board in Dover, PA

First, there was the Scopes Monkey trial in 1925; then, in 2005, Kitzmiller et al. v. Dover Area School District. The names are different, and some strategies have changed, but it is the same cultural ... ◊ŤÚŗÚŁ ‚ŚŮŁ ÓÚÁŻ‚

Gordy Slack is a science writer whose articles have appeared in Mother Jones, Wired, The Scientist, and Salon.com. He is a former senior editor of California Wild, the science and natural history magazine published by the California Academy of Sciences, and a frequent contributor to San Francisco's KQED radio. His writing often focuses on evolutionary biology and the relationship between science and religion. 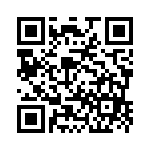