—Úū. 135
mammalian species . It has been less often observed among the females of the
infra - human species but it is recorded for the female rat , chinchilla , rabbit ,
porcupine , squirrel , ferret , horse , cow , elephant , dog , baboon , monkey , and
...
—Úū. 137
Rodentia because all of these species are evolutionarily related . On the other
hand , the mink , ferret , marten , and skunk make very rapid copulatory
movements with a perfect flutter of pelvic thrusts which may be carried through
continuously ...
—Úū. 503
Sexual contacts between the human male and animals of other species are not
rare in the rural segments of our American population , and probably not
infrequent in other parts of the world . Some 17 per cent of the farm boys in our
sample ... 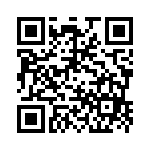