Italo Svevo (1861-1928) lived most of his life in Trieste, now part of Italy, but then a port of the Austro-Hungarian Empire. ZENO'S CONSCIENCE is his greatest work, seen by James Joyce as one of the century's handful of masterpieces. His other novels include AS A MAN GROWS OLDER and A LIFE.

William Weaver is most famously the translator of Italo Calvino and Umberto Eco. 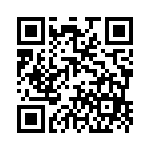