Deborah Epstein Nord is Professor of English at Princeton University where she also teaches in the Program in Women's Studies. She is also the author of The Apprenticeship of Beatrice Webb (Cornell Paperbacks). 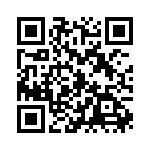