This collection in the words of editor William E. Gienapp is to “provide the most direct record of his [Lincoln] ideas.” Given that Abraham Lincoln was a public individual, as hardly any of his ... Читать весь отзыв

This fiery trial: the speeches and writings of Abraham Lincoln

Not taking much stock in the genre, Lincoln tried to shield himself from biography by guarding his private self and carefully crafting his public words and image. Of course, so complex a man, who came ... Читать весь отзыв

William Gienapp grew up in Iowa and California and was educated at the University of California, Berkley, and Yale University. He received his Ph.D. from Berkeley in 1980. He has taught at the University of California, Berkeley, The University of Wyoming and Harvard University, where he isProfessor of Harvard College. He is the author of The Origins of the Republican Party, 1852-1856 (1987), which received the Avery O. Craven Award from the Organization of American Historians, and co-author of Nation of Nations, a U.S. history textbook. A specialist on the Civil War era, he recentlypublished a documentary collection on the war and reconstruction and is currently writing a history of the Civil War. He is a member of the Board of Directors of the Lincoln Studies Center. 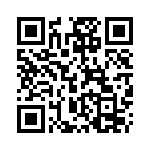