George B. Handley is a professor of humanities at Brigham Young University. His books include Postslavery Literatures in the Americas and Caribbean Literature and the Environment. 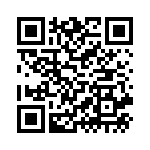