The third book for our Less Stupid Civil War Reading Group, and the one I looked forward to with the least pleasure -- though a fair amount of curiosity. What I knew about Lee before reading this book ... Читать весь отзыв

By the end of the Civil War, Robert E. Lee had become an iconic American figure, as much myth as mortal even before his death in 1870. Since then, few historians have attempted to dig very deeply into ... Читать весь отзыв

Elizabeth Brown Pryor (1951–2015) combined careers as an award-winning historian and a senior diplomat in the American Foreign Service. She was the author of the biography Clara Barton: Professional Angel, considered the authoritative work on the founder of the American Red Cross, and Reading the Man: A Portrait of Robert E. Lee Through His Private Letters, which won the 2008 Lincoln Prize, the 2007 Jefferson Davis Award, the 2008 Richard B. Harwell Book Award, and the 2007 Richard S. Slatten Award for Excellence in Virginia Biography. Her final book, Six Encounters With Lincoln:  A President Confronts Democracy and Its Demons, was published posthumously in February 2017. 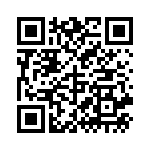