Herbert L. Neilly, also known as Omar the Black, has been a knowledgeable advocate of American Blacks and proponent of Black Pride and Culture for the last 60 years.

His introduction to Black Nationalism began at age 14 in Harlem, when he attended street meetings which always focused on “The Black Man and His Culture.”  Curious, he began visiting Marcus Garvey meetings and the local library’s Black Culture section.  He credits the resulting pride in his ethnic ancestry, with helping him to overcome alcoholism, attend college and become a substance abuse counselor to help others reclaim their lives.

Now he wishes to pass along his understanding to today’s youth who will be tomorrow’s standard bearers for the Black Nationalist movement and spokespersons for the diaspora. 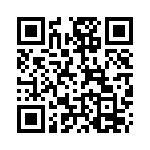