†∑††††† Mill was born in London, the son of James Mill, a Scotsman who came to England and joined with Jeremy Bentham to develop utilitarianism. Today John Stuart Mill is also known as one of the major proponents of utilitarianism, but the depth of his philosophical thinking goes far beyond the disputes among ethical theorists. In spite of his criticism of some aspects of Immanuel Kantís philosophy, his ethical position eventually embraces Kantís most basic concepts: autonomy and universality. Mill contributed to logic, philosophy of science, epistemology, economics, psychology, politics, and ethics. He was also an early proponent of the rights of women.† 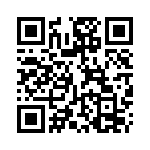