Ð‗­.
In the five succeeding chapters, the most apparent and gravest difficulties in accepting the theory will be given: namely, first, the difficulties of transitions, or how a simple being or a simple organ can be changed and perfected into ...
Ð‗­.
... that the view which most naturalists until recently entertained, and which I formerly entertainedùnamely, that each species has been independently createdùis erroneous. I am fully convinced that species are not immutable; ...
Ð‗­.
With respect to the direct action, we must bear in mind that in every case, as Professor Weismann has lately insisted, and as I have incidentally shown in my work on 'Variation under Domestication,' there are two factors: namely, ...
Ð‗­.
With respect to what I have called the indirect action of changed conditions, namely, through the reproductive system of being affected, we may infer that variability is thus induced, partly from the fact of this system being extremely ...
Ð‗­.
Having alluded to the subject of reversion, I may here refer to a statement often made by naturalistsùnamely, that our domestic varieties, when run wild, gradually but invariably revert in character to their aboriginal stocks.
ÐÙÕõ¾■¨Ó  »

One of historys greatest publications easier to read than one would think. If you understand the magnitude of Darwins discoveries then you will surely appreciate this book. ÎÞ‗Ó‗³ ÔÕ±³ ¯‗þ¹Ô

As a lover of science and education in general I was thoroughly surprised and delighted to find that Original of Species was a brilliant work and easy read. Humankind often fails to remember how we advanced and this book does a wonderful job of that. ÎÞ‗Ó‗³ ÔÕ±³ ¯‗þ¹Ô

Charles Darwin was born in Shrewsbury, England, on February 12, 1809--the same day that witnessed the birth of Abraham Lincoln--into a prominent middle-class family. His mother, who died when Darwin was eight, was the daughter of the famous potter Josiah Wedgwood. His father was a wealthy doctor, and his grandfather Erasmus Darwin had been a celebrated physician and writer whose books about nature, written in heroic couplets, are often read as harbingers of his grandson's views. Yet for someone whose revolutionary writings would turn the scientific world upside down, Darwin's own youth was unmarked by the slightest trace of genius. 'I believe that I was considered by all my masters and by my Father as a very ordinary boy, rather below the common standard of intellect,' he later said. Darwin was an indifferent student and abandoned his medical studies at Edinburgh University. For years his one all-consuming passion was collecting beetles. ('I am dying by inches, from not having any body to talk to about insects,' he once wrote to a cousin who was likewise obsessed. In 1831 Darwin graduated with a B.A. from Christ's College, Cambridge, seemingly destined to pursue the one career his father had deemed appropriate--that of country parson.

But a quirk of fate soon intervened. John Henslow, a Cambridge botanist, recommended Darwin for an appointment (without pay) as naturalist aboard the H.M.S. Beagle, a scientific vessel commissioned by the Admiralty to survey the east and west coasts of South America. Among the few belongings Darwin carried with him were two books that had greatly influenced him at Cambridge: Charles Lyell's Principles of Geology, which posited radical changes in the possible estimates of the earth's age, and an edition of the travel writings of the early nineteenth-century naturalist Alexander von Humboldt. The Beagle sailed from Plymouth on December 27, 1831, and returned to England on October 2, 1836; the around-the-world voyage was the formative experience of Darwin's life and consolidated the young man's 'burning zeal to add even the most humble contribution to the noble structure of Natural Science.'

Darwin devoted the next few years to preparing his 'Transmutation Notebooks' and writing Journal of Researches into the Geology and Natural History of the Various Countries Visited by the H.M.S. Beagle, 1832-1836 (1839) in which his beliefs about evolution and natural selection first began to take shape. In 1839 he married his first cousin, Emma Wedgwood. They lived in London until 1842, when Darwin's chronic ill health forced the couple to move to Down House in Sussex, where he would spend virtually the rest of his life working in seclusion. There he soon completed the five-volume work Zoology of the Voyage of the Beagle (1840-1843) and outlined from his hoard of notes an early draft of what was eventually to become The Origin of Species. Over the next decade he also produced a monograph on coral reefs, as well as extensive studies of variations in living and fossil barnacles.

In 1856 Sir Charles Lyell persuaded Darwin to write out his theory of evolution by natural selection, which he had recently buttressed with ingenious experiments in breeding pigeons. Halfway through the project, Darwin received an essay from naturalist Alfred Russel Wallace that presented an identical theory, though one unsupported by anything comparable to Darwin's massive accumulation of data. Wracked by doubts and indecision, and fearful of the controversy his theories might unleash, Darwin nevertheless pushed forward to finish The Origin of Species. Published on November 24, 1859, the book forever demolished the premise that God had created the earth precisely at 9:00 A.M. on October 23, 4004 B.C.--and that all species of living creatures had been immutably produced during the following six days--as seventeenth-century churchmen had so carefully formulated.

Although he did write one sequel and amplification of his theory of evolution, The Descent of Man (1871), Darwin dedicated most of his remaining years to botanical studies. Charles Darwin died on April 19, 1882, following a series of heart attacks. He had wished to be interred in the quiet churchyard close to the house in which he had lived and worked for so long, but the sentiment of educated men demanded a place in Westminster Abbey, where Darwin lies buried a few feet away from the grave of Isaac Newton. 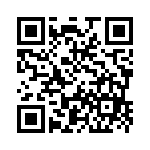