Martyn Percy is Principal, Ripon College, Cuddesdon, UK. From 1997-2004 he was Director of the Lincoln Theological Institute for the Study of Religion and Society. Martyn has recently been appointed honorary Professor at King's College, London and also holds an Adjunct Professorship of Theology and Ministry at Hartford Seminary, Connecticut, USA. Martyn is a regular contributor to Radio 4, The BBC World Service, The Independent, The Guardian and other media. Since September 1999 he has served as a Council Member and Director of the Advertising Standards Authority in London. He is also Canon Theologian for Sheffield Cathedral. 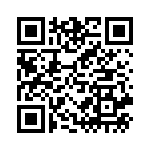