—Úū. 32 - We have not been drawn and trussed, in order that we may be filled, like stuffed birds in a museum, with chaff and rags, and paltry, blurred shreds of paper about the rights of man. We preserve the whole of our feelings still native and entire, unsophisticated by pedantry and infidelity. We have real hearts of flesh and blood beating in our bosoms. We fear God; we look up with awe to kings; with affection to parliaments; with duty to magistrates; with reverence to priests; and with respect to nobility.
¬ŮÚūŚųŗŚÚŮˇ ‚ ÍŪŤ„ŗű (203) Ů 1790 ÔÓ 2008
—Úū. 35 - In a state of rude Nature there is no such thing as a people. A number of men in themselves have no collective capacity. The idea of a people is the idea of a corporation. It is wholly artificial, and made, like all other legal fictions, by common agreement.
¬ŮÚūŚųŗŚÚŮˇ ‚ ÍŪŤ„ŗű (121) Ů 1791 ÔÓ 2008
ŃÓŽŁÝŚ
—Úū. 88 - It seems to me a preposterous way of reasoning, and a perfect confusion of ideas, to take the theories which learned and speculative men have made from that government, and then supposing it made on those theories which were made from it, to accuse the government as not corresponding with them.
¬ŮÚūŚųŗŚÚŮˇ ‚ ÍŪŤ„ŗű (57) Ů 1812 ÔÓ 2008
—Úū. 18 - But my consideration is narrow, confined, and wholly limited to the policy of the question. I do not examine whether the giving away a man's money be a power excepted and reserved out of the general trust of government, and how far all mankind, in all forms of polity, are entitled to an exercise of that right by the charter of nature; or whether, on the contrary, a right of taxation is necessarily involved iu the general principle of legislation, and inseparable from the ordinary supreme power. These...
¬ŮÚūŚųŗŚÚŮˇ ‚ ÍŪŤ„ŗű (95) Ů 1771 ÔÓ 2006
—Úū. 27 - Dark and inscrutable are the ways by which we come into the world. The instincts which give rise to this mysterious process of nature are not of our making. But out of physical causes, unknown to us, perhaps unknowable, arise moral duties, which, as we are able perfectly to comprehend, we are bound indispensably to perform.
¬ŮÚūŚųŗŚÚŮˇ ‚ ÍŪŤ„ŗű (86) Ů 1791 ÔÓ 2008
—Úū. 44 - Company have not arbitrary power to give him ; the king has no arbitrary power to give him ; your lordships have not ; nor the commons, nor the whole legislature. We have no arbitrary power to give, because arbitrary power is a thing which neither any man can hold nor any man can give.
¬ŮÚūŚųŗŚÚŮˇ ‚ ÍŪŤ„ŗű (134) Ů 1827 ÔÓ 2008
—Úū. 50 - GOD, having made man such a creature that, in His own judgment, it was not good for him to be alone, put him under strong obligations of necessity, convenience, and inclination, to drive him into society, as well as fitted him with understanding and language to continue and enjoy it...
¬ŮÚūŚųŗŚÚŮˇ ‚ ÍŪŤ„ŗű (158) Ů 1781 ÔÓ 2007
—Úū. 50 - God. Promises, covenants, and oaths, which are the bonds of human society, can have no hold upon an atheist. The taking away of God, though but even in thought, dissolves all.
¬ŮÚūŚųŗŚÚŮˇ ‚ ÍŪŤ„ŗű (237) Ů 1779 ÔÓ 2008
—Úū. 35 - ... the idea of a corporation. It is wholly artificial; and made like all other legal fictions by common agreement. What the particular nature of that agreement was, is collected from the form into which the particular society has been cast. Any other is not their covenant. When men, therefore, break up the original compact or agreement which gives its corporate form and capacity to a state...
¬ŮÚūŚųŗŚÚŮˇ ‚ ÍŪŤ„ŗű (53) Ů 1791 ÔÓ 2008
—Úū. 48 - ... the law is broken, nature is disobeyed, and the rebellious are outlawed, cast forth, and exiled, from this world of reason, and order, and peace, and virtue, and fruitful penitence, into the antagonist world of madness, discord, vice, confusion, and unavailing sorrow.
¬ŮÚūŚųŗŚÚŮˇ ‚ ÍŪŤ„ŗű (147) Ů 1790 ÔÓ 2008
ŐŚŪŁÝŚ

Frederick A. Dreyer is Associate Professor of History at the University of Western Ontario. He holds the Ph.D. degree from St. Andrews University, Scotland. He has contributed articles on Burke and British political history to various learned journals, including the Journal of Modern History and the English Historical Review. 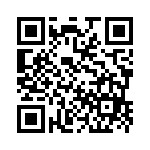