Summary: The first five pages of this book tells about the life of Walt Whitman. The book is essentially a collection of his poetry. They are categorized by "on land", "at sea", "at war", and "sky and ... Читать весь отзыв

Gary Schmidgall is the author of several studies of Shakespeare and biographies of Oscar Wilde and Walt Whitman. He has been a fellow of the American Council of Learned Societies and the Mellon and Guggenheim Foundations. 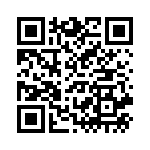