Thomas DiPiero is Chair of the Department of Modern Languages and Cultures and Associate Professor of both French and Visual and Cultural Studies at the University of Rochester. He is the author of Dangerous Truths and Criminal Passions: The Evolution of the French Novel, 1569Ė1791 and coeditor of Illicit Sex: Identity Politics in Early Modern Europe. 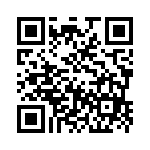