Submitted by Salient Many Practitioners of the Occult tend to favor 'Paganism', a religion of many Gods and Goddesses, especially Nature. However, there are a few who are also Christians, who also ... Читать весь отзыв

I am Christian by background (and profession, actually) and I found this to be a great bridge. I tend to be predisposed to paganism, being a somewhat alternative Christian, and I loved his story, and his respect for both faiths. He does not take cheap shots. Читать весь отзыв

Gus Dizerega (Washington) is a Third-Degree Gardnerian Elder. He spent six years studying with Brazilian shaman Antonio Costa e Silva, and with other teachers in Native American and Afro-Brazilian traditions. With a PhD in Political Science/Theory from the University of California-Berkeley, he has spent the past sixteen years in the academic field, teaching on the faculties of several universities and colleges. He is a frequent conference lecturer, panelist, or speaker and writer on topics such as environmental issues, community and society, contemporary politics, modernity, and religion.

As an author of both scholarly and spiritual material, his articles have appeared in numerous publications, both in the US and abroad. His first book, Persuasion, Power and Policy: A Theory of Democratic Self-Organization, was published in 2000 by Hampton Press. 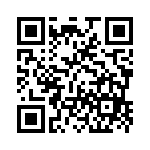