I am always fascinated about "the unsung heroes" for some of history's really big developments. MacDonald chooses the perfect person to focus on when he decides to write a fictional account of the ... „итать весь отзыв

In order for Darwin to gather the specimens he needed to advance his theory of evolution, he needed help. This is the (fictionalized) story of the man who acted as his personal servant and assistant ... „итать весь отзыв 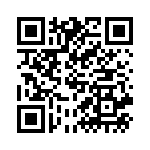